As part of our celebration of our Ignatian 500 celebrations we decided with the help of the past pupil union to develop a tree trunk from the front of the school into a captivating wood sculpture of Ignatius the founding father of the Jesuits. This will be a permanent representation of the cannonball moment which inspired the formation of the Jesuits and the centuries of Jesuit works that have been inspired by the Jesuits worldwide. See the explanatory note below:

In the year 1521, St. Ignatius of Loyola experienced an event that would change the course of his life and the world. As a young soldier in the Spanish army, Ignatius dreamed of fame and glory. But everything changed when he was suddenly and gravely injured by a cannonball while in battle at Pamplona. While in recovery, Ignatius experienced a spiritual conversion and immediately decided to make a change: he found a new sense of purpose and set out to establish the Society of Jesus (Jesuits).

If not for Ignatius’ “cannonball” moment, we wouldn’t have hundreds of Jesuit schools, universities or organizations that all serve to make the world a greater place. The sculpture of St Ignatius, which was commissioned by Will Fogarty, was to mark the 500 anniversary of Ignatius injury which led to his spiritual conversion.

The sculpture was unveiled by Fr. Jim Maher SJ and Principal Diarmuid Mullins as part of the Ignatian Year celebrations which took place in 2021. The school would like to acknowledge the support of the Past Pupils Union in supporting this project.

“For Ignatius, a life of poverty was an expression of intimacy with Jesus… More than words, his poverty was a sign of his interior transformation, of his growing indifference to preparing himself to follow God’s will, of his sense that everything came down from above as a gift.”  Fr. Arturo Sosa, SJ, Superior General of the Society of Jesus 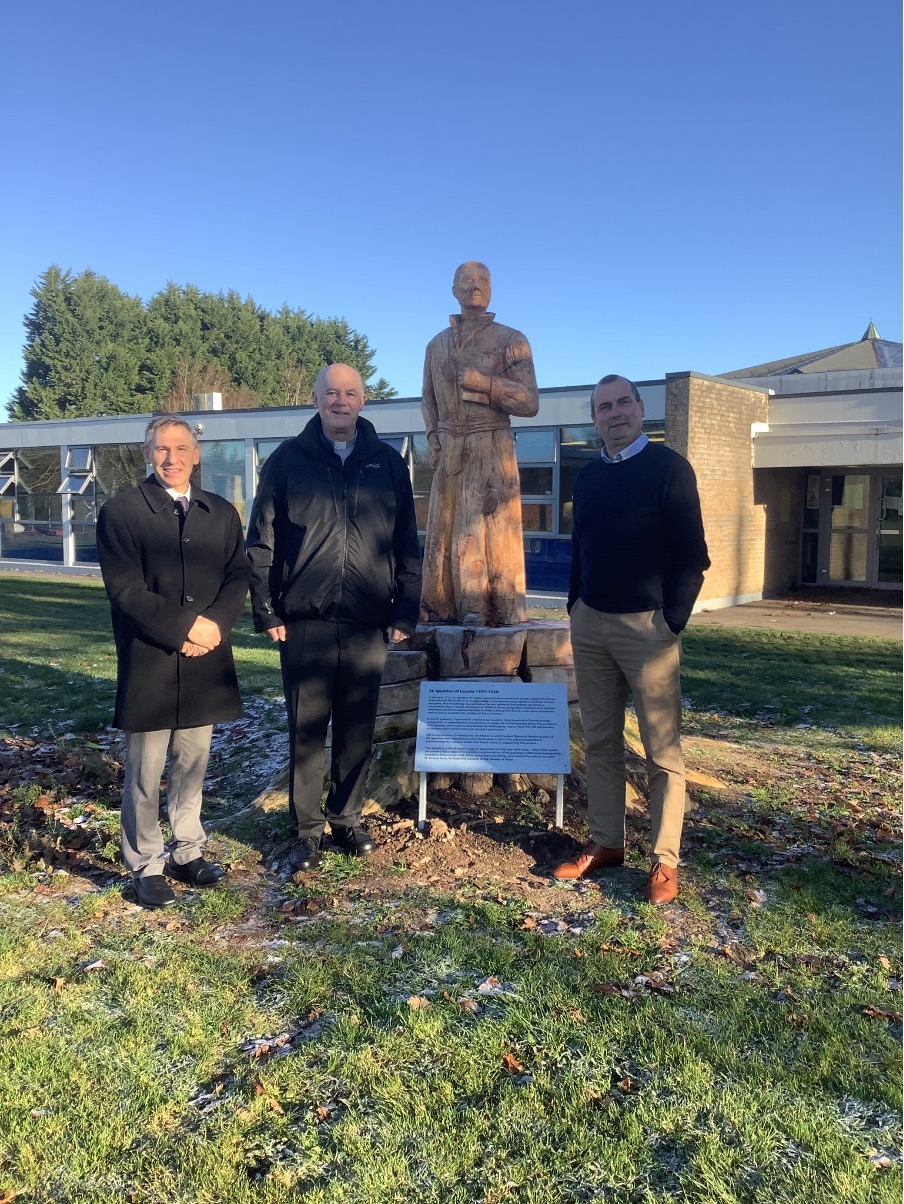