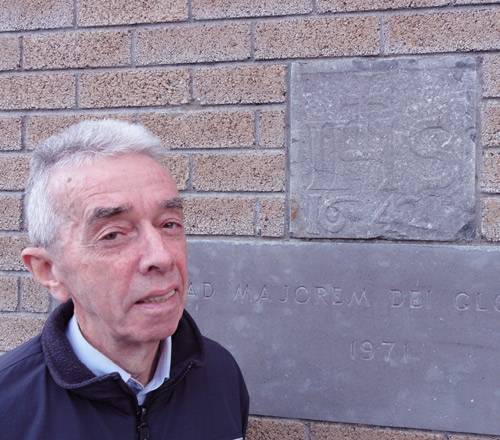 Fr. Sean Coughlin S.J. (Crescent 1942 – 1951) visited the school recently. The photograph shows him in front of the foundation stone of the school (1971) which incorporated a foundation stone from an earlier Limerick Jesuit school form 1642. Sean belongs to the Hong Kong Jesuit Province, and was the Warden of Ricci Hall, a University Residence in the city, until August 2010.

He will receive a new assignment when he returns in early October. Sean viewed his class photographs on display in the school. He recalled that the number of students in the Crescent in his time was 200, and that the Senior Rugby team won the Munster Cup in his final year.