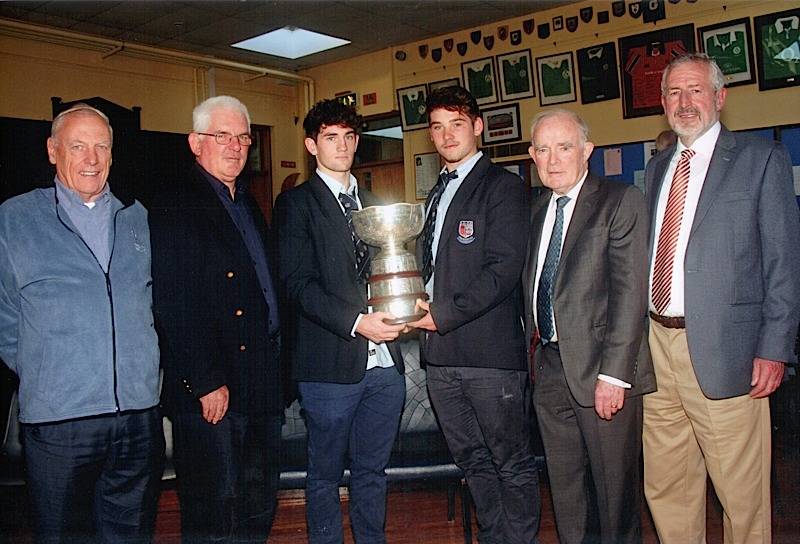 The Crescent College class of 1963, four of whom were victorious team members of the squad that won the Munster Senior Cup of that year, met two members of the winning team from this year in the Comprehensive at the weekend.

The sporting encounter was part of the 50th anniversary reunion of the class of 1963 from the old Crescent College, which saw past pupils from far and wide travel to meet up and reminisce about old times.

Current Crescent College Comprehensive principal Nicky Cuddihy invited the class of ‘63 to the school for a reception last Saturday ahead of the reunion dinner in the Strand Hotel. xxxx This offered the 30 plus members of the old class the chance both to see the facilities of the modern school and to meet two members of the successful Munster Senior Cup rugby schools team – Jason O’Sullivan and J.J. O’Neill.

“Mr Cuddihy was kind enough to host a reception for us and welcomed us warmly and he gave us a briefing on Crescent Comprehensive as it is today. We finished in the Crescent in town, so most people found it very interesting to see the new school and how well it is doing,” explained Frank Larkin, one of the organisers of the reunion.

“It was great to have four of the ‘63 team there with the two lads from the current team. That was a nice sporting link,” he added.

After the school reception, the class retired to the Strand Hotel for a dinner in the City View suite, and returned to the school on Sunday morning for a mass for deceased members.  The mass was said by 63 alumni Fr Joe Hayes, who returned from Zambia for the reunion, and Fr Myers O’Reilly, both of whom are Jesuits, the order which historically ran the Crescent. Fellow classmates Fr Oliver Plunkett, parish priest in Donoughmore and Fr Martin Daly, Chapelizod, also attended the reunion.

“We invited people who had been with us at any stage in the time we had been in the Crescent,” explained Frank, “and people travelled from Colorado, Kentucky, all over Ireland, as well as the good few who are still in Limerick.

“A lot of the talk was about the passage of time, 50 years, and reminiscing about old times and old teachers,” he added. 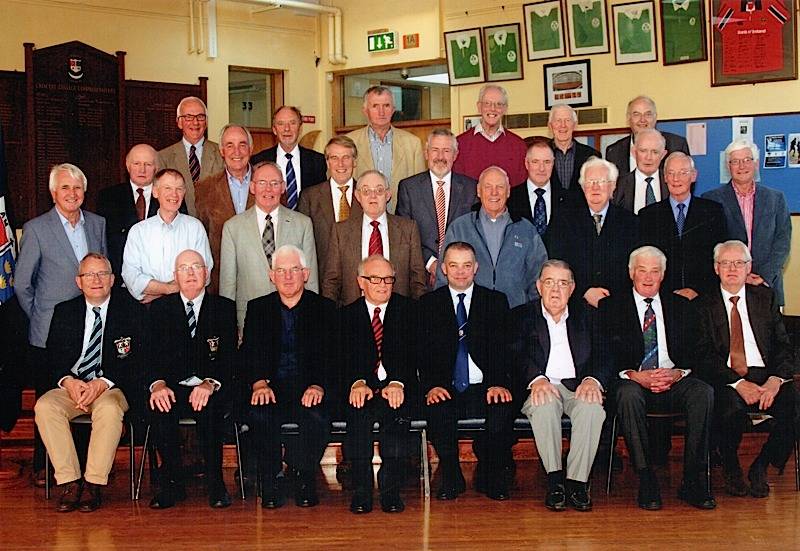