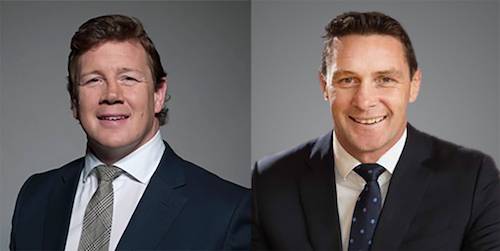 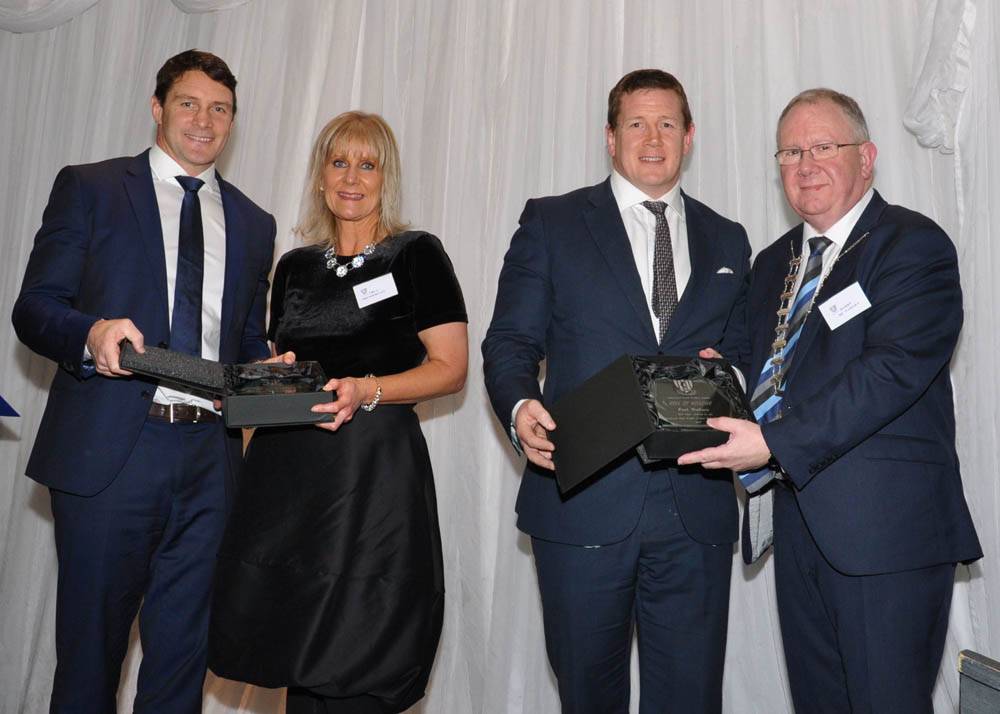 The following address was made by Harry McNamara, President of the Crescent Past Pupils Union at the Annual Dinner on 4th November 2017

Regular attendees at the Annual PPU Dinner will know the routine where we recognise the achievements of a former pupil of Crescent College.  There is no specific selection criteria other than all of the recipients are past pupils of the Crescent and have been truly deserving of the honour.

Given the importance of sports in the Crescent it was felt it was time to pick a recipient who has excelled in sport.  The school has produced many high achievers in many sporting disciplines including not only rugby.  After long consideration we felt our guests tonight Paul and David epitomised everything about the sporting ethos of the Crescent.   Given their respective and quite similar rugby careers it gives us a unique opportunity to make a dual award.

The Wallace family led a nomadic life moving back and forth between Cork and Limerick.  Paul was born in Cork in 1971 while David was born in Limerick in 1976.  The family again moved back to Limerick in the eighties.  Paul finished his secondary education in the Comprehensive between 1986 and 1990.

David on the other hand studied exclusively at the Crescent from 1988 until his Leaving Certificate in 1995.  Their achievements at schools level was such they were each members of both Junior and Senior Cup winning teams.

After graduating from the Crescent, Paul went to UCC where he played for the college team. He played with several clubs before signing a professional contract at Saracens where he earned 67 caps.  He subsequently moved to Leinster where he earned a further 24 caps. He retired due to injury in 2003. We see Paul regularly as a rugby pundit on Sky TV where he continues to entertain rugby fans around the world.

On the other hand David played exclusively for Munster for 15 years from 1997 to 2012 when injury unfortunately ended his career too.  During those fifteen years David earned 203 caps for Munster.

Their fantastic careers were not limited to club and provincial rugby.  Between them they amassed 118 Irish caps and scored an awful lot of tries along the way.

They also earned three caps each playing for the Lions.  Their older brother Richard also toured with the Lions making them the only family to have had three family members to tour with the Lions – so says the Guinness Book of Records.  That is something of which their parents Michael and Greta must be particularly proud.

We could spend all night speaking about their respective achievements and the fantastic rugby careers Paul and David have had.  They have given immense enjoyment to tens of thousands of fans.  They have brought pride to their clubs, provinces, country, family and of course Crescent College Comprehensive.  Unfortunately they both had their rugby playing careers ended by serious injuries which in turn is testament to both their dedication and the level at which they played.

Before finishing this award citation there is one story that we have been asked to recount. Some years ago the school raised the wherewithal to send a team to visit Japan.  Paul was asked if he could meet the team to give them some tips. Paul was asked to wear his Lions Team Blazer.  Sure enough Paul turned up to meet the team.  Before anyone knew what was happening Paul had gotten totally immersed over several weekends in coaching the team and went on the tour as Team Manager.  This is something none of those students would ever forget.