Following several years of work the Crescent College Past Pupils Scholarship Fund CLG has awarded the first scholarship for a graduate of CCC from the class of 1999.

Jake Murphy was nominated by the school earlier this year, he completed the Leaving Cert, got the results he needed and a place in his chosen college and has started his studies. He will receive a scholarship for 4 years and we wish him the very best in his studies and career. 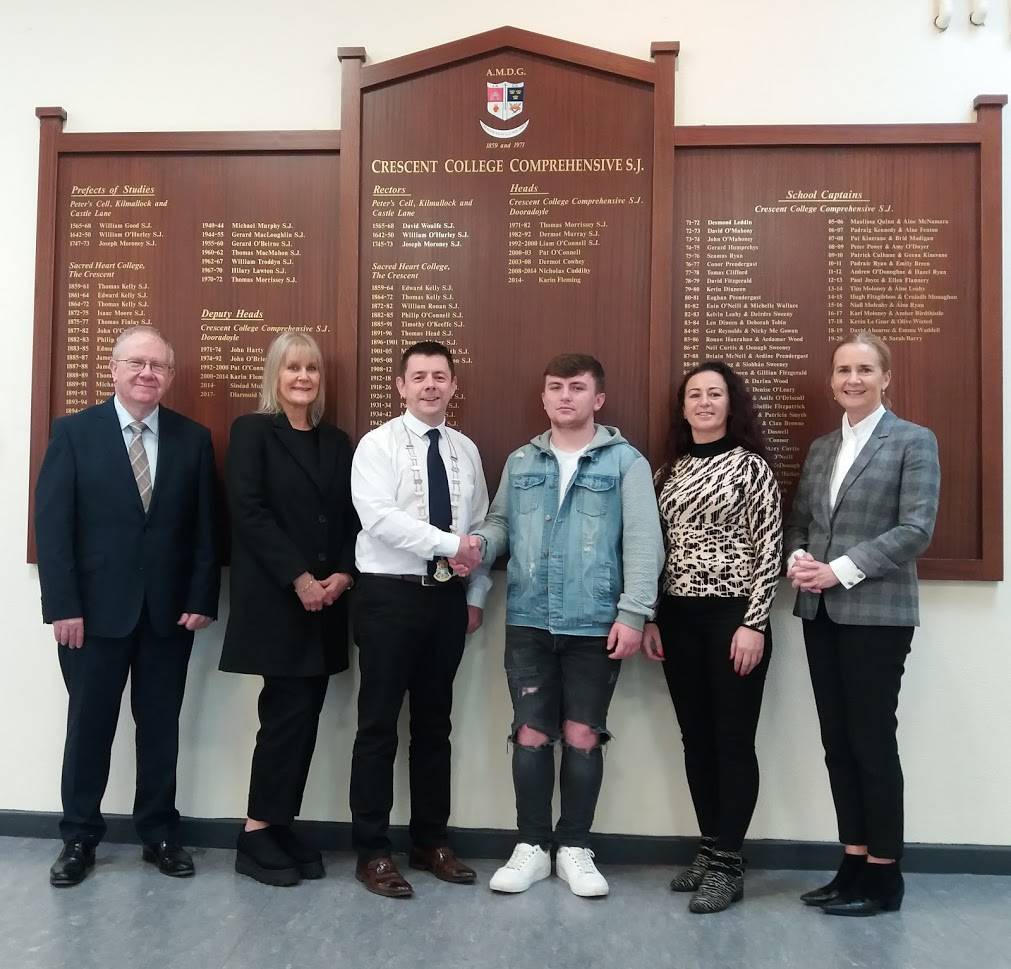 The Scholarship has its own constitution, committee, legal and financial independence, trustees and most importantly funds generously donated by past pupils at dinners and other events and and it has allowed this first scholarship to be awarded.

We must acknowledge the hard work and commitment of the past presidents from Union : Don Reddan, Gerry MacNamara, Harry McNamara and Orla Prendergast and all the other committee members who got this to where we are today.

More fundraising will be carried out by the Fund in the coming months and years to allow more scholarships to be awarded to pupils deserving of support in their ongoing education.