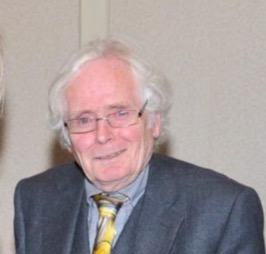 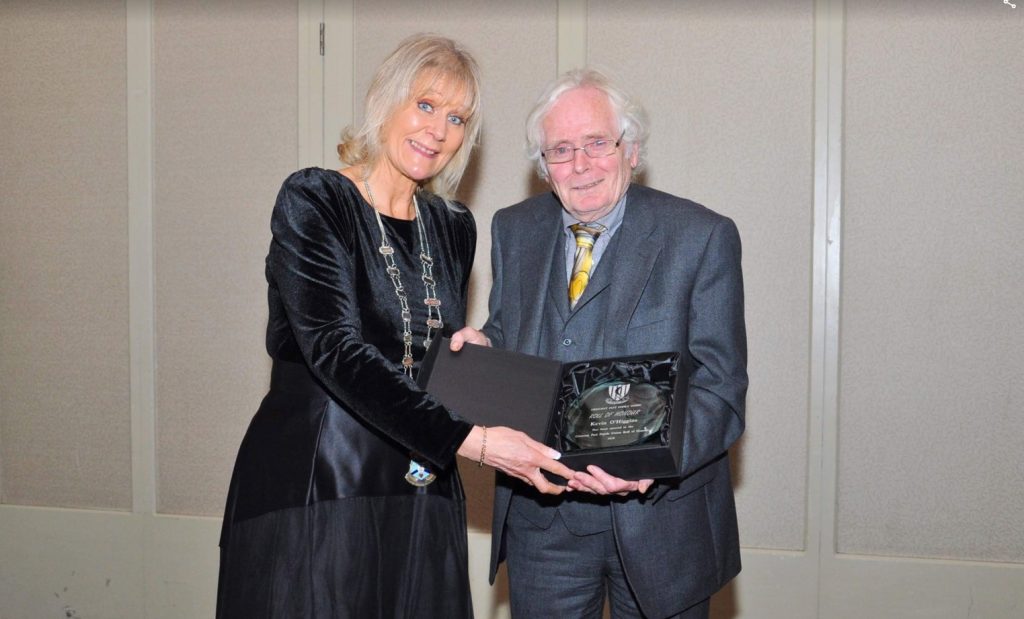 In Kevin O’Higgins, we honour a man who has had an outstanding legal career and left an invaluable legacy to Irish society. He attended Crescent from 1953 to 1962, where among other things he showed talent as an actor and an ardent debater. He went on to become an individual winner of the Irish Times debating competition, beating his teammate, Mary Robinson to the final.

After studying at UCD and King’s Inns, he was called to the Bar in 1968. As a young barrister, he was a defence counsel in perhaps the most famous trial in the history of the state, the 1970 Arms Trial, as well as many other high-profile trials, including the murder of Senator Billy Fox and the Kerry Babies Tribunal.

He was appointed to the High Court in 1997, dealing with criminal, family, commercial and common law.
Specialising in Criminal Law, he became a Senior Counsel in 1982 and was then appointed to the Circuit Court in 1986, serving on the Dublin, Midland and South-Western Circuit.
He served for a number of years as the Irish Representative on the Consultative Council of European Judges and from 2008 to 2013 he was a Judge at the General Court of Justice of the European Union in Luxembourg.
In 2014 he qualified as a mediator at the Centre for Effective Dispute Resolution in London.
From 2015 to 2016 he served as the sole member of the O’Higgins Commission which investigated garda activities and allegations made by Sergeant Maurice McCabe.

By conducting every aspect of this outstanding career with excellence, and in spending a lifetime in pursuit of the principles of truth, justice and fairness, in honouring Kevin O’Higgins tonight, we honour a man who is a true representative of what it means to be a Crescent and a Jesuit past pupil.