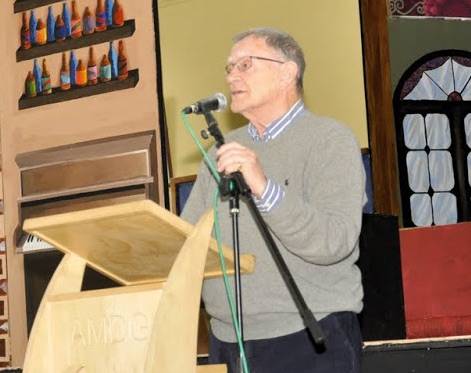 On Saturday November 21st, 2015, Crescent College Comprehensive SJ and Clongowes Wood College held the inaugural Don Reddan tournament to honour a man who has been a stalwart in terms of schools rugby for decades now.

Don, his brothers and sons have been involved in rugby in both colleges since playing Junior and Senior Cup with Sacred Heart College in the late 50s. When his own playing days ended Don gave many years of service as a coach, working for the most part with former Crescent staff member Dudley Herbert; together they were responsible for five Munster Senior Cup wins in the 80s and early 90s. Members from all teams were present on the day to pay their own tribute, some travelling from abroad to be there with their old coaches and teammates.

It was wonderful that Don’s brother Pat, sons Donal, Alan and Eoin, daughter-in-law Charlotte and grandchildren could join us to celebrate; and fitting too that members of the PPU committee were in attendance also.

Crescent won this first tournament and it is hoped that the venue will alternate each year.

On behalf of the Board of management and staff of CCC I wish to thank those who organised the event, particularly Tony Trehy, Diarmuid Mullins their fellow games master and coaches in Clongowes and all who attended, not least of course both sets of teams.

It was a day to remember.