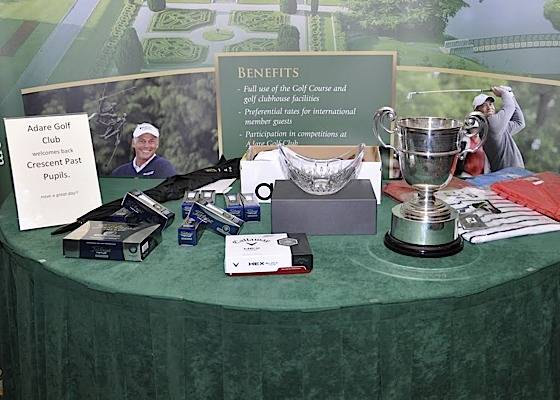 It poured the day before the outing and despite the positive weather forecast we were worried .. but we needn’t have been.

Friday 13th 2013 was a beautiful day. The championship course at Adare Manor Hotel & Golf Resort was in immaculate condition – Gary the Professional and Barry the course ranger had a great welcome for us.  Fr. Liam O Connell SJ, former Headmaster, was one of the first to arrive despite his recent foot injury. Noel (Wiry) Sexton was his usual irrepressible self as he checked in.  Noel Enright came down from Athlone to be with us.  From further afield came Fr. Joe Hayes SJ and Fr. Brendan Staunton SJ.  Furthest of all came Donald McDonnell, former European Young Scientist of the year and now a medical consultant in the States.  He was particularly welcome and enjoyed himself greatly.  We were delighted to see President of the Crescent Past Pupils Union Don Reddan taking part and bringing his relations and friends with him.  We had 2 Richard Leonards and 2 Marcus Clerys playing but Brian (Jack) Leonard was the bookies favourite.  Last year’s winner Bobby Roche looked impressive in the parade ring before the off!

Murph, Rudi , Cha and Jos had their now annual serious match going on!  Current Old Crescent President and CCC staff member Chris Cullinan was sartorially elegant as ever while Liam Kenihan photographed everything that moved!

While the rest of the field of 66 past pupils muttered about what might have been and if only, Richard Leonard Snr. (Chairman of the Board of Management of CCC) was not distracted by the hot air balloon that flew overhead and kept the head down and returned a fine 37 points to take first prize and the Ignatian Cup.  A worthy winner. 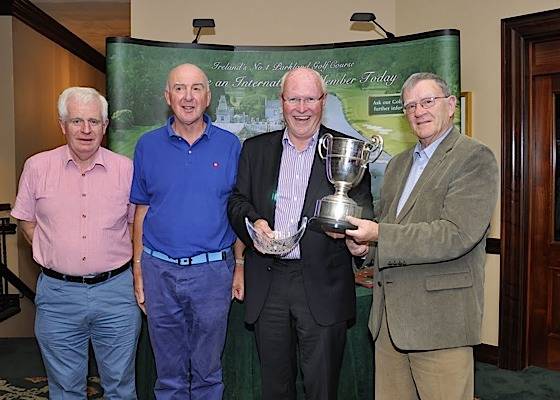 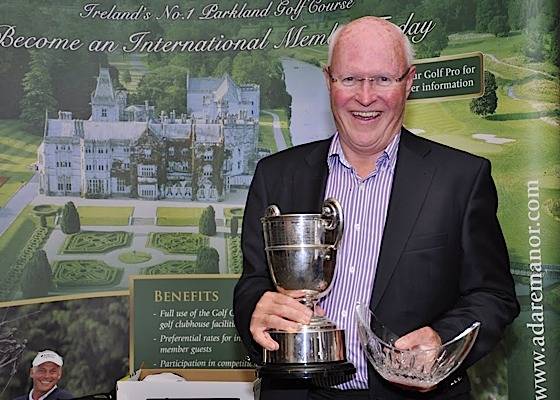 Congratulations to all the other prizewinners and to our supportive sponsors.

Afterwards the clubhouse was abuzz with reminiscences and craic. Friendships were renewed and initiated and plans were made for next year.

And as a former TV presenter used to say ‘And the good news is … ‘ we will do it all again next year on a SATURDAY this time at the same venue and same date (13th Sept from 9:00 to 12:00).  Put it in your 2014 diary now and keep an eye on your email next year for you chance to play in this great event.

Many thanks to all who played and helped to make this year a great success.