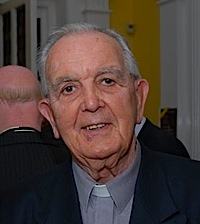 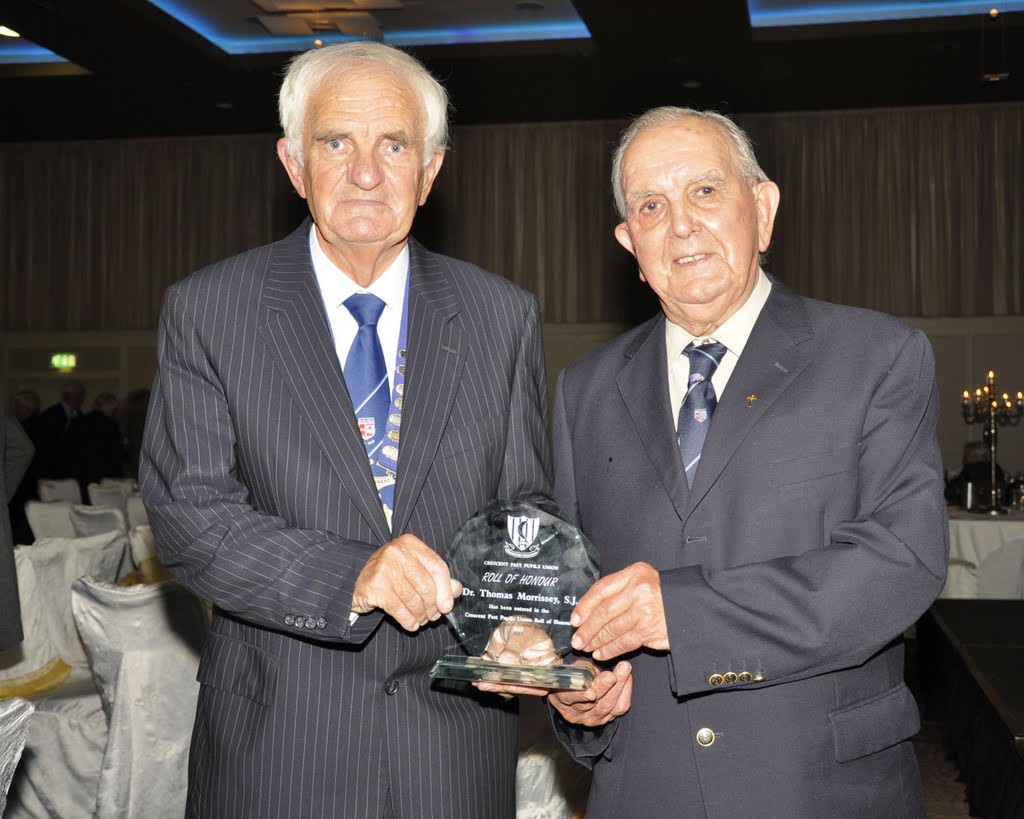 In 1939, when he was 10 years old, Thomas J. Morrissey, who lived in Ballinacurra, first came to Sacred Heart College, the Crescent.  At school he enjoyed rugby and took a major part in the school musicals. In 1948 when he left Crescent he joined the Jesuits. During his studies for the priesthood he completed a History Degree at UCD, and he taught as a Jesuit scholastic at Crescent from 1956 till 1959, before he was ordained a priest in 1962.

In 1969 it was decided that the Sacred Heart College would move from the city centre, from the Crescent to Dooradoyle, and become Crescent College Comprehensive.  Fr. Thomas J. Morrissey moved from Mungret College to return to the Crescent as Headmaster, and to oversee this enormous change. He studied the ideas behind comprehensive education, visited comprehensive schools in Sweden and Britain, and consulted with a range of experts.  He worked with others on the vision of Crescent, and then planned that the buildings and grounds and sports facilities would reflect the vision of a Jesuit comprehensive. Today we are grateful that he fought hard to have this Central Area included in the design. He also overcame many obstacles to ensure that our grounds would be spacious and beautiful.

During these busy and eventful years as Headmaster, he relaxed by coaching rugby, studying for his doctorate in History from the National University of Ireland, and listening to music, especially opera.

In 1982, after 13 years as Headmaster, Thomas J. Morrissey moved on from Crescent, to become director of the College of Industrial Relations in Dublin and in 1991 he left administration and returned to work with the Lay Retreat Association and to become the Jesuit Province historian. He has written ten history books. And, at present Fr. Morrissey is working on two further books.

Good schools are never the product of any one individual, and are built on the talents and generosity of many people. By honouring Fr. Morrissey, we also acknowledge the outstanding contribution of so many teachers, administrators and staff at Crescent, since its founding in 1859 and its re-founding as a Comprehensive Crescent College Comprehensive in 1971.

Past pupils and teachers of Crescent want to thank Thomas J. Morrissey for his leadership at a time of great change, for his steadfastness at times when people were anxious for the future of the school, for his long hours of hard work to ensure the success of the school and for his part in preserving the traditions of the Sacred Heart College, through devising new structures that have played a major part in the life of Crescent College Comprehensive.