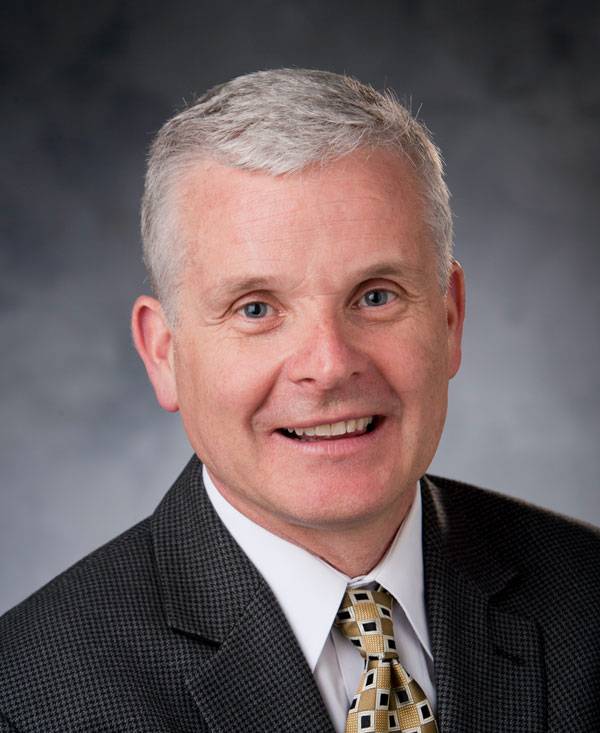 Donald P. McDonnell, Ph.D., is the Glaxo-Wellcome Professor of Molecular Cancer Biology in the Department of Pharmacology and Cancer Biology at Duke University School of Medicine. In addition, he serves as Co-Director of the Women’s Cancer Program within the Duke Cancer Institute.

Donald came to Crescent College in 1976 and became a member of the first transition year class (Ogilvie). As one of the required work experience internships, he worked in the analytical chemistry laboratories at the University of Limerick (then NIEHS) and this grew into a substantial multi-year research project. For this work, he received the 1978 Irish Young Scientist Award and the 1978 European Young Scientist Award for a project entitled “Pollution and the ecological balance of the river Shannon at Limerick”.  He graduated from the Crescent in 1979 and subsequently obtained a Degree in Biochemistry from the National University of Ireland (Galway) in 1983.

He then moved to the United States and obtained a PhD in Cell Biology from Baylor College of Medicine, Houston, TX, in 1988, under the mentorship of Prof. Bert O’Malley. It was during this time that he became interested in developing drugs for breast and prostate cancer and, not surprisingly, he spent some time in industry working at both SmithKline Pharmaceuticals (Philadelphia) and Ligand Pharmaceuticals (San Diego). In 1994, he moved to Duke where he and his research team have had tremendous success in developing new classes of drugs for breast and prostate cancer. Several of the drugs they have developed are in the very final phases of clinical trials for breast cancer.

Donald has received numerous investigator awards; the most notable being the Roy E. Greep, Weitzman, and Ernst Oppenheimer Awards from the Endocrine Society, ASPET’s John J. Abel Award, the Pharmacia-ASPET Award for Experimental Therapeutics, the NAMS SERM Research Award and the Robert Ruffolo lifetime achievement award in pharmacology. He is an Honorary Fellow of the Royal College of Physicians, Ireland, a member of the National Academy of Medicine, and a Komen Scholar. Dr. McDonnell has published over 275 articles on his research in cancer.

Donald is married to Mary (née Downes) who he met at a local dance in Limerick in 1978. They have two married sons, Eoin and Kevin. When not in the laboratory Donald likes to run, bike and play golf.  He has attended past pupils events in previous years including the golf outing and past pupils dinner.

We were delighted that Donald accepted the Roll of Honour award from the Crescent College Past Pupils Union for 2020. Unfortunately due to the cancellation of the Annual Dinner and COVID restrictions we were unable to present the award in person but hurdles were overcome and the award made it across the Atlantic into his hands.  We are grateful to him for taking the time from his busy schedule to record the following message …