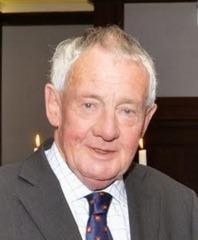 Introduced by President of the Past Pupils Union Don Reddan .. the list of the achievements of this political legend of Limerick were too many to list in detail.

The address to the audience by Des was full of the wit and insight that touched on his upbringing in Limerick and long association with Crescent old and new in this later political life.  He was a worthy recipient of the award and we would like to thank him for his continued support of Crescent and the Past Pupils Union.