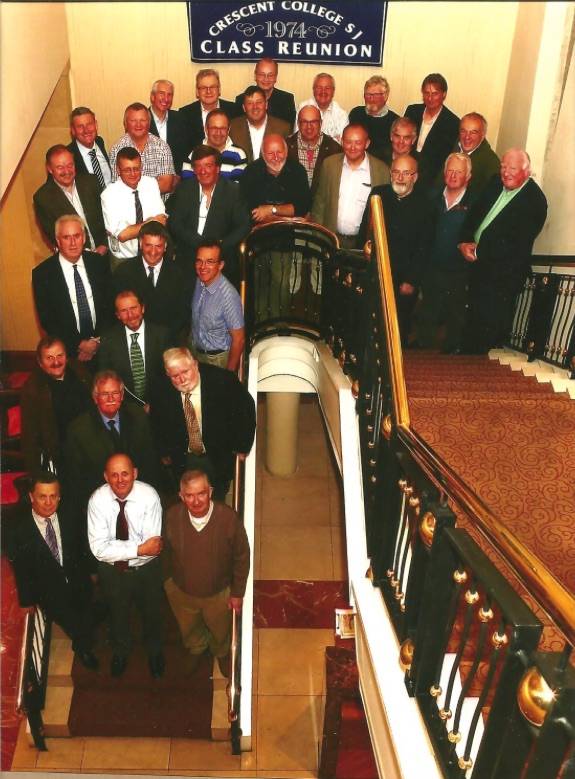 The Class of 1974 celebrated 40 years out of school at the Savoy Hotel Limerick on the 25th October, 2014. The function was preceded by Mass at the Jesuit Church celebrated by Fr. Liam O’Connell SJ. Prayers were said for those who had died and for those who for one reason or another could not attend on the night.

The following is a list of those who attended on the night.

Class is listed from the bottom of the stairs up.