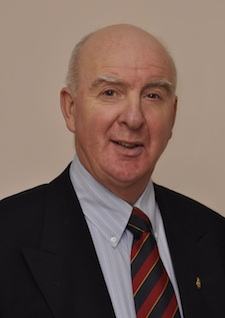 The first President of the re-launched Crescent College Past Pupils Union is BRIEN MORRIS (LC 1970), and he will lead the PPU for 2011, as it attempts to increase membership and foster goodwill and co-operation among all past pupils.

Brien’s association with the school dates back to the days when it was based at The Crescent, in the city centre. With pride, he recounts the eleven years spent in the school, when the Jesuit schooling included the Primary cycle. Such a lengthy time in one school created a great bond among classmates, and a deep loyalty to the school.

Brien, was the third of four brothers (Ivan, Robert & Dermot), who were also primary and secondary students at the school. All four were active participants in most school activities, including Rugby, Athletics, Golf, Tennis, Debating etc..

Since leaving the school Brien has chaired the organisation of three successful class reunions and now looks forward to meeting past pupils from other years during the course of his term as President of the PPU.