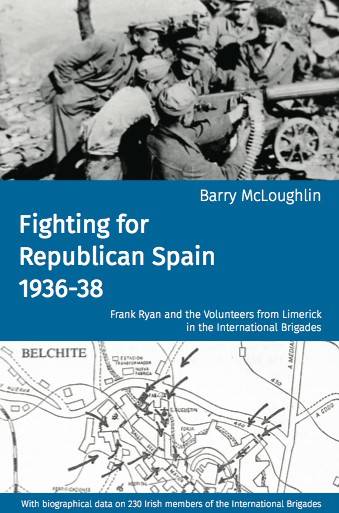 “Fighting for Republican Spain, 1936-38. Frank Ryan and the volunteers from Limerick in the International Brigades”

The book should be of special interest to ex-Crescent pupils because one chapter deals with the tragic death of Maurice Emmet Ryan of The Desmond Hotel in Upper Catherine Street, who was executed during the Battle of the Ebro, August 1938. He attended the Crescent in the late 1920s as presumably did his five brothers John, Tom, Eamon, Kevin and Desmond.